Belching Out the Devil: Global Adventures with Coca-Cola by Mark Thomas - A friend who knows how much I love drinking Coca-Cola told me not to read this book. In the end it didn't really change how I feel about the stuff. I'm just too cynical; I think all multinational corporations are bastards. 4 stars

Rocks Off: 50 Tracks That Tell the Story of the Rolling Stones by Bill Janovitz - This book kicked off a month-long Stones obsession for me. Janovitz offers a musician's perspective on classic Stones songs and puts them into the context of the band's history. 5 stars

50 Licks: Myths and Stories from Half a Century of the Rolling Stones by Peter Fornatale with Bernard M. Corbett - Like Rocks Off, this book tells a chronological story of the band, but former DJ Fontanelle focuses more on tales than songs. 4 stars

Life by Keith Richards with James Fox - I have read a lot of rock memoirs, and Life is one of the very best. Richards has so many great stories, and some are augmented by remembrances from others. 5 stars

Posted by David Johnsen at 10:49 PM No comments:

Spotted in an alley in Albany Park... 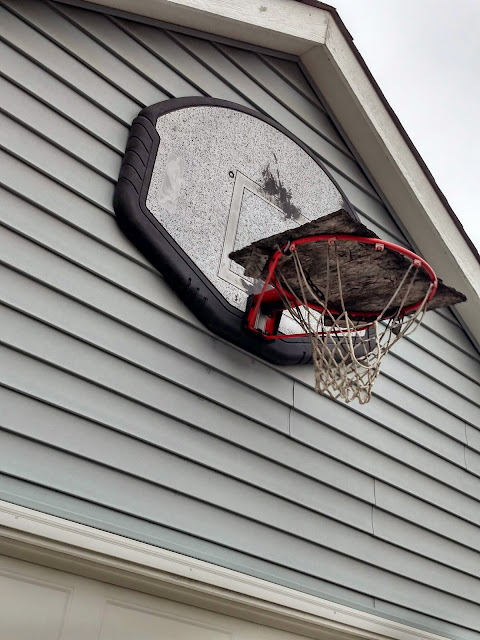 Posted by David Johnsen at 4:42 PM No comments:

Went to ride my bike on the trainer today, and I had a flat tire! How did that happen?

Posted by David Johnsen at 3:33 PM No comments:

Bastard of the Day

Okay, Illinois Governor Bruce Rauner, I gave you 24 hours. Now the honeymoon is over. You are already a bastard:


“It’s been clear that there has been some inappropriate decisions, either it’s with appointments or re-classifying employees, what we’re going to do is across the board cancel all appointments, we are going to cancel all hires, cancel all, rescind all, the actions that the governor has taken since Nov. 1,” Rauner said during his first news conference since taking the oath of office Monday.

I hate to break it to you, Bruce, but you did not become governor when you won the election in November. You became governor yesterday. Former Governor Pat Quinn had every right to govern as he did during the intervening two months, and I'm sure you will govern similarly when your term ends (which can't come soon enough).
Posted by David Johnsen at 4:42 PM No comments: